So I topped two off the first tee.

After weeks of anticipation and preparation for a trip to Bandon Dunes, that’s right, I topped two off the first tee in our first day of play at Bandon Trails.

That’s something I haven’t done in probably 30 years. And I hit them so bad I’m surprised they didn’t hit my left foot. I trundled down into the high grass and heather with our caddie, Cowboy, in tow in search of one or both. In the first 15 yards or so I found a half dozen balls and Jim, my playing partner said, “Just drop one out here by me.”

I walked over to where he had put his drive in the fairway and threw a ball down. Jim was 160 out and hit a nice shot to an elevated green to about ten feet. I stood over mine just trying to make contact and move it toward the green.

Little did I know that 10-minute sequence would be a microcosm of my experience at Bandon Dunes. While I didn’t top two off of any other tees, Bandon Dunes can be humbling, hard, spectacular, beautiful, awe-inspiring and nearly perfect in any 10-minute stretch. 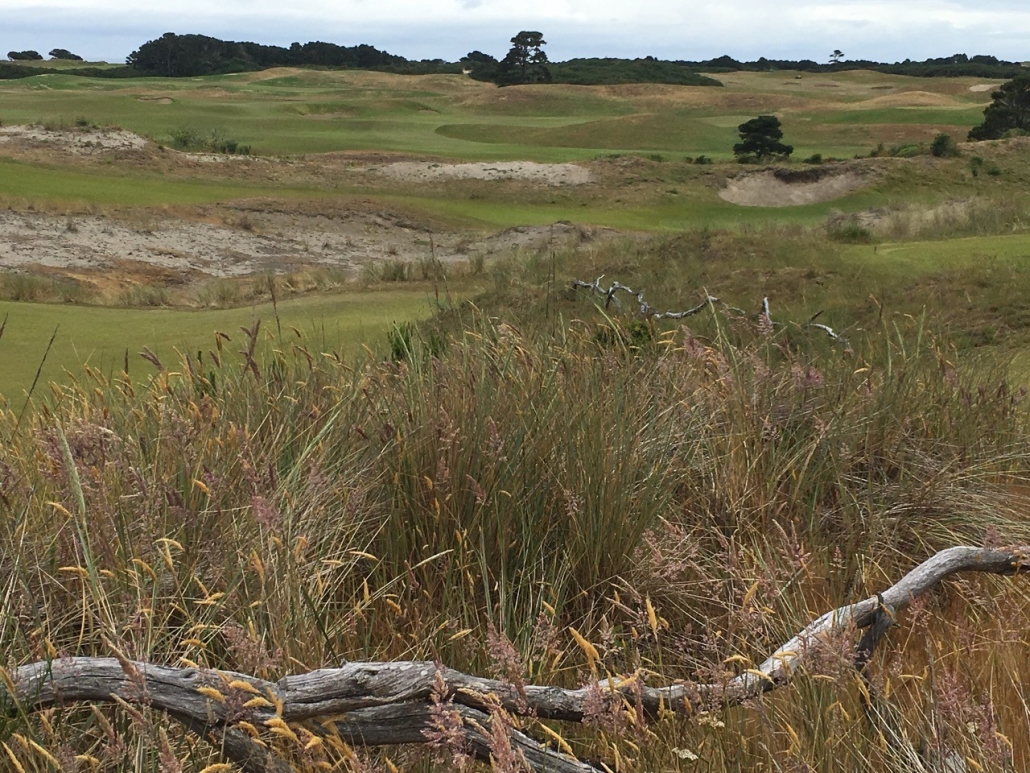 Traveling all the way to southwest Oregon, I didn’t expect to see anybody I knew. But on the massive range at the practice area, the guy taking swings just one spot away from me was a golf writer friend I’ve known for more than 35 years.

“Probably the best golf resort in the world,” he said when I said hi and he learned it was my first trip there.

It’s a full day of travel from the east coast. We looked into flying to North Bend Airport but United only goes twice a week from Denver and San Francisco and if the flight doesn’t go, you’re stuck for a few days if you can’t make other arrangements. So we flew to Portland and rented a car for the 4-Â½ drive. Being from Florida, the approach to Portland featured a fly-by of Mt. Hood, something you don’t see every day, and the drive showcases some of the most spectacular scenery toward southwest Oregon. 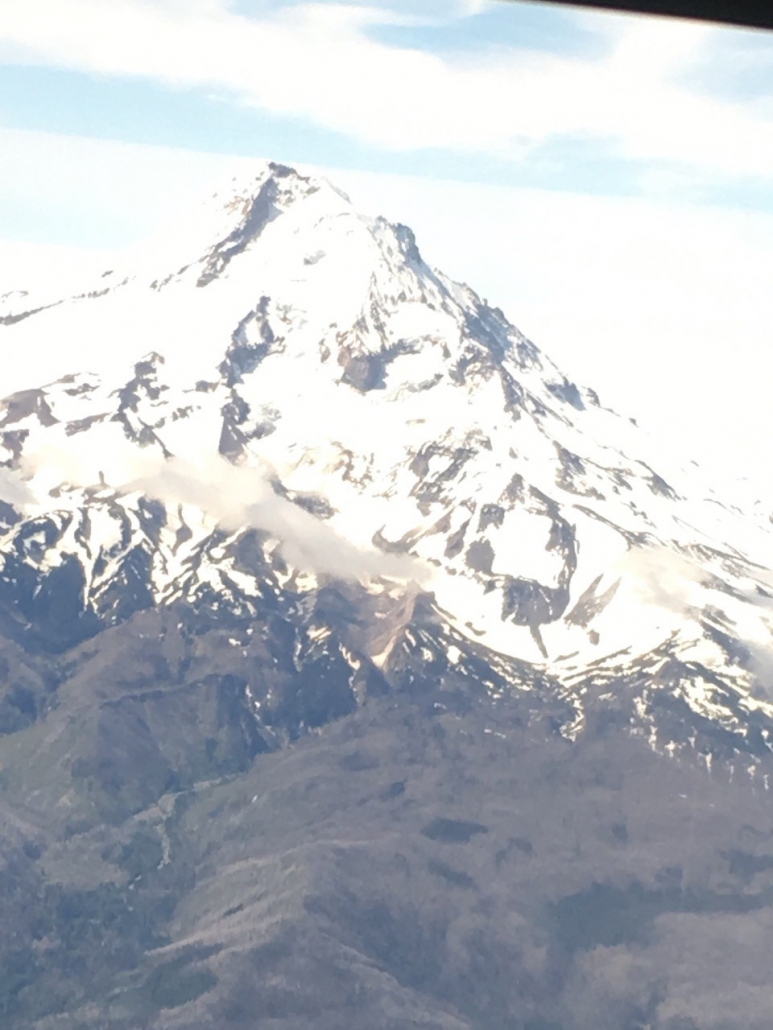 We stopped in Eugene to take a look at the University of Oregon campus and have lunch, then drove straight to Bandon Dunes. It’s pretty remote, and it’s the only thing there. So if you like golf and want to get away, it’s the perfect spot. We drove the property to get a “lay of the land” then walked across the street for a nice snack at The Inn.

While the resort is remote, it doesn’t lack anything you’d want on a golf trip. Great courses, several nice restaurants, a spot for a cocktail and cigar to watch the sunset, a massage center and a whirlpool (co-ed) for sore (walking) muscles.

We played the four golf courses from south to north, in order, starting with Bandon Trails, a Coor/Crenshaw design cut into the hillside.

Spectacular holes seemed stacked one after another. Each more beautiful than the next. It’s not contrived at all, rather it looks like they cleared a few trees where the golf holes were already laid out. Soaring pines with rugged, rough edges that frame each hole.

Jim called it “a mature adult” adding Bandon Trails just says “Here I am, let’s see how you do.” Like every other course at the resort, “The Trails” shares some similar characteristics with the other three courses.

The holes change with the weather. Whichever way the wind is blowing, that effects how the hole plays. “No two steps are the same,” is how one guest described walking 72 holes along the Pacific Coast. Save for a couple of forced carries, you can play most along the ground. “It’s as good for a 22 handicap as it is for a two,” a friend explained.

“OK, get ready” Cowboy said as we walked off the 14th green. What we didn’t know was turning back toward the clubhouse, 15, 16, 17 and 18 played directly into about a 25 mph wind. Sixteen is a par 5, straight up a hill, a tough hole in any conditions. I hit driver, 5 iron, rescue, gap wedge and made a 15 footer downhill, downwind, left to right I had no business making for one of the best bogey sixes ever. During that stretch I had two putts blown off line. If you’ve never experienced that I had to lean into the wind and it absolutely changes your golf swing. As hard as it was, it was equally interesting. Apparently the wind blows there for most of the summer but starts to lay down in September. It wasn’t like that for the rest of our trip, although wind did play a factor on every shot, on every course, on every day.

Bring your walking shoes to Bandon Dunes and I’d suggest walking three or four miles a day before you get there.Trails is the toughest walk of the four, meandering up the mountain and then over it at 14. You go back down into it the valley and then straight back up and into the wind.

I’m wondering if as the golfing population gets older if carts won’t be a part of the experience at some point. 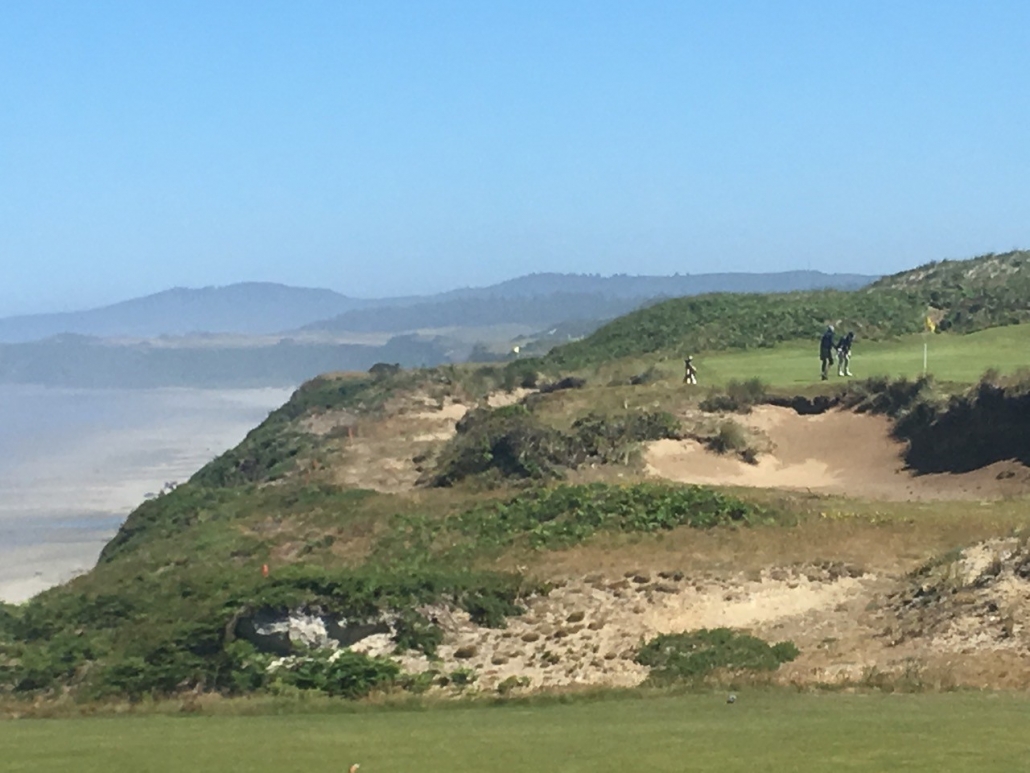 As you play the holes along the ocean they are so spectacular, it’s hard to remember to concentrate and play golf. Wind is always a factor and the design and set up try to match that.

Our third day we made our way to Pacific Dunes. It’s big and beautiful and every hole has it’s own character. As the wind comes off the Pacific there are some natural edges that frame the course. But good shots are rewarded at Pacific Dunes. If you’re hitting it straight, you’ve got no problem. It features several holes along the ocean, some north/south, some south/north so depending on the season the wind will be either in your face or at your back.

I haven’t played everywhere but I have been a few places and it’s not hard to say eleven at Pacific Dunes is one of the most beautiful holes in the world. The back nine starts with two par three’s at and on the Pacific. Like the other courses at the resort, 17 and 18 are two very tough finishing holes.

On our last day we played the newest course, the links called Old Macdonald

Standing on the first tee it feels like you’re in Scotland. Absolutely authentic. That was the intent when Tom Doak designed the course, paying homage to features used by C.B. Macdonald in the past. Several holes have design features that look like they were transported to the Oregon coast from Scotland. You need to play the ball on the ground more often than you think. I probably hit five different shots that could be described as “bump and run” and I probably should have played a couple more. This would be a good course to play first if you’re planning a trip to get adjusted to the elements, tight lies, and green speeds. Like every other course at Bandon Dunes, it has some beautiful vistas.

And again, 18 is a tough finishing hole.

Going to Bandon Dunes to play all four courses should be planned as a “big” golf trip. Take your time getting there and getting home. Enjoy the scenery and make the travel part of the adventure. You don’t have to leave the resort, but if you must, a little six mile drive down the coast to Bandon-by-the-Sea is a nice diversion. We had dinner at Edgewaters and the food was great. Much like everywhere we went, the staff was very friendly. It’s also in a pretty interesting building that has a great history behind it. And has one of the best sunsets you’ll ever see if the clouds have lifted. Even the locals stop to take a picture. 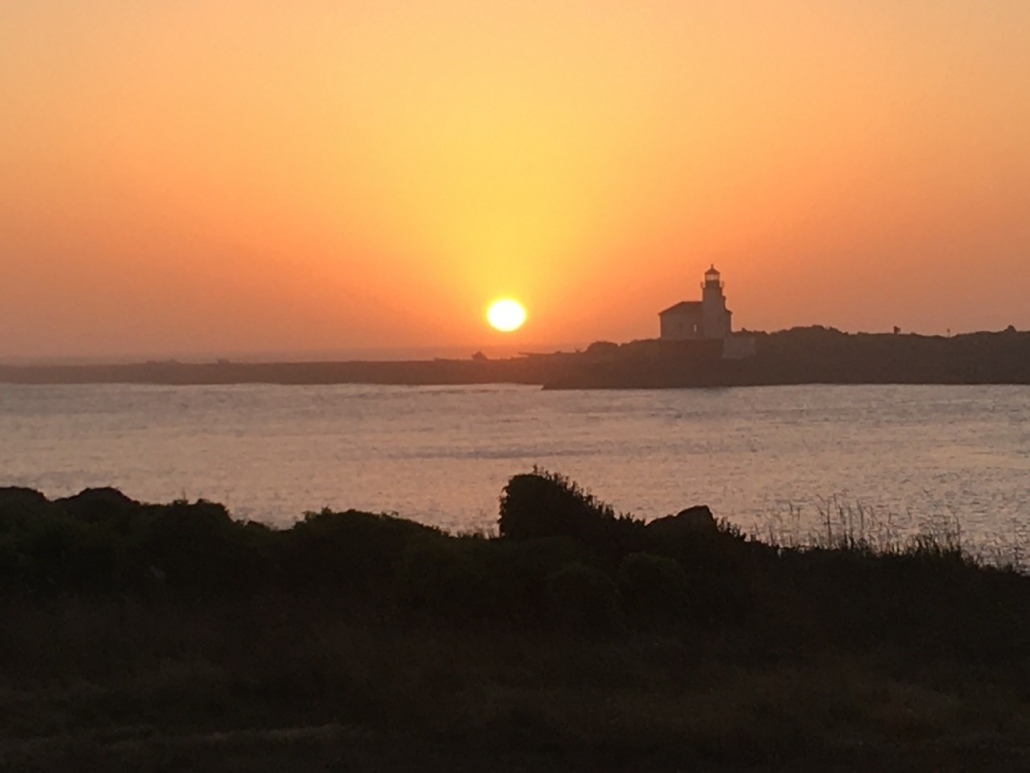 Accommodations are set up generally for two players to share a room. Two nice queen beds, big rooms, two vanities, good size shower. My room looked like it needed some sprucing up, and perhaps it’s on the list for renovation. Nonetheless, a deer and fawn walked by the sliding glass door one morning, apparently just taking a stroll.

All of the things I’d heard about Bandon Dunes were true. If you’re interested in golf, it’s a “must play.”

No TO, We Don’t Care

Career Transition Happens Fast, And Every Day
Scroll to top