When his best friend Mark Brunell talks about Tony Boselli, he says he didn’t like him much at first.

“He thought he was the best player on the team,” Mark says. “Which he was.”

“And he thought he was the toughest guy on the team,” Brunell usually continues. “Which he was.”

I can attest to Boselli’s toughness. Having known him for over 25 years, I’ve seen his toughness as a football player during his career in the NFL That toughness continued when I’d see him in the gym once his career ended. A different kind of toughness showed itself when he emerged as a community leader in the political arena. He values toughness in his current role as an analyst for the Jaguars radio broadcasts and nationally on Westwood One.

But no level of toughness prepared him for his latest battle with Covid-19.

“I don’t know if I ever was like I thought I was going to die,” he recalled this week. “But I remember having the conversation with myself: ‘I don’t want to die here.’”

That conversation with himself happened for Boselli while he was in the ICU at the Mayo Clinic in Jacksonville. After a few rounds of golf the weekend The Players was cancelled, Boselli started to feel bad on Monday, March 16th. He thought it was just a cold.

Two days later he felt worse and was told he had been exposed to the Coronavirus. He called his doctor and got tested that day. Two days later the results showed he tested positive for COVID-19.

A couple of days later his “cold” lingered but the following Tuesday he says he was going downhill fast.

“That’s when I was like, ‘Holy cow … this is real.’ When I went to the hospital, I thought I was going to get some fluids and some meds. They took an X-Ray and said, ‘You’re not leaving. You’re going to ICU.’ I’m like, ‘What?’ You realize that this stuff gets out of control pretty quick.”

Things got serious when during his stay in the ICU, doctors were trying to get a handle on the severity of his condition.

“It was kind of fuzzy, but I remember (the pulmonologist) saying, ‘If we don’t get your oxygen stabilized, we’re going to have to go to the next level,'” Boselli said. “I remember laying there thinking, ‘What do you mean, if this doesn’t work?’ He says, ‘We don’t know what direction this is going to go.’

Doctors did get his oxygen stabilized and Boselli started to recuperate. After a few more days of recovery in the Mayo Clinic, he was discharged last Tuesday after nearly a week in the hospital and two weeks after starting to feel bad. He’s had additional tests for the virus and so far, the results have been negative.

During his hospital stay, Boselli was quarantined, only staying in contact with his family via text when he had enough energy to grab his phone. He credits the health care workers with his recovery. They were the only people allowed near him, wearing full protective gear.

“They were great,” Tony said with a strong sense of gratitude. “Those doctors and PAs and nurses and techs, everyone, they’re amazing. These people were absolutely amazing. Superstars.”

Having lost twenty pounds in the last two weeks during this ordeal, Boselli says he’s still weak but hopes to be back on his bike soon: his current choice of a cardio workout.

Tony’s wife Angie also tested positive but had much more mild symptoms. “She’s tougher than me,” Tony said with a smile. The rest of his family is also fine.

“I’m on the right side of this thing now but I can tell you, the thing is, it’s real,” he added as an alarm to those not heeding the warnings. “These health care experts and workers that are talking about this? They’re not making this up.”

“Take it from someone who was in the hospital and had these people working on me: They’re risking everything themselves to take care of people. It’s serious. It’s real. We need to do what people are being asked to do.” 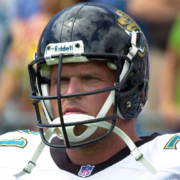 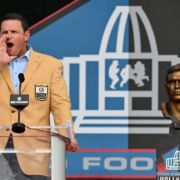 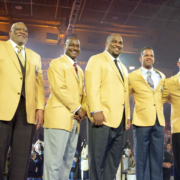 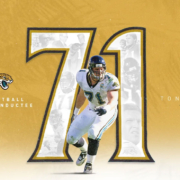 Things We CAN Do

Sports During A National Crisis WWII
Scroll to top