There’s a lot we don’t know about Shad Khan. His ownership of the Jaguars is different than Wayne Weaver’s. It’s different than a lot of other NFL owners as well. He doesn’t live in town so he’s not part of the day-to-day operations. As one of the businesses in his portfolio the Jaguars have their own operating management, and when he needs to get involved, he does.

There is one thing we do know about Shad Khan: He’s not stupid.

If you spend any time around Shad you see that he’s a good listener. He believes in people’s expertise. He gives the people around him the tools to be successful. And he has high expectations for that success.

“We would go into meetings at the end of the year with ten ideas of things we’d need to make things successful going forward,” one Jaguars manager told me. “We’d expect to get three or four. Shad would sit there during the meeting and listen, and if you made your case, he’d give you all ten.”

But there was a catch.

“When he’d get to the door,” the manager recalled, “He’d look back and ask ‘Got what you need?’ Then he’d say, ‘Good, I expect some results.’ He didn’t want to hear any excuses.”

Khan’s thing is business. He likes the whole process of finding a business that’s undervalued, figuring out how to get it going and making it work. And he likes to win.

There are a lot of people angry or at best perplexed about his decision to keep Doug Marrone and Dave Caldwell running his football team. They’re track record isn’t great save for one year, 2017. The Jaguars winning percentage in the last decade, with the team mostly owned by Khan, is second-to-last in the league.

Which is why national pundits called Khan’s move to keep Marrone and Caldwell a “head-scratcher.” Or worse. One said Khan was too close to the situation to see what the problems are. That he was looking for the “comfortable” decision to make.

“He did what he always does. Status quo. All good. Nothing to see here. Just another occasionally sternly-worded press release,” is how he described Khan’s decision-making process.

We all know it’s become its own sport on a national level to bash Jacksonville and the Jaguars. We’re an outpost to those writers who never go anywhere other than from the airport to the Hyatt to the stadium and back. If that’s all you did in most NFL cities you wouldn’t think much of them either. But that’s a whole different story.

I’ve had friends and fans agree that they have to “blow the whole thing up” but when I ask “in favor of what?” I usually get a blank stare. And that’s what I think Khan was facing.

The trend of young 30-something coaches taking over franchises has cooled a bit with fewer “hot” candidates out there. Patriots offensive coordinator Josh McDaniels is a perennial name on the coaching carousel but after his short stint in Denver and jilting the Colts, other owners are a bit wary. And the question whether its McDaniels or the Brady/Belichick combination still remains.

So short of luring Belichick away for a challenge and proof that it’s not all about the quarterback, Khan could have looked at Baltimore’s offensive coordinator Greg Roman (Caldwell’s roommate at John Carroll. Also McDaniels alma mater) or Robert Saleh, the ‘Niners defensive coordinator and former linebacker coach here in Jacksonville. Neither has head coaching experience.

You could say he opted for the “status quo” but I’m looking at the other side of the equation.

These days in the NFL it’s the coaches who bring along their own general managers, not the other way around. So Shad had to make a decision on his coach first. In his meetings with Marrone, Khan was convinced that Doug was encumbered by Tom Coughlin despite their close relationship. Shad had already made the decision to move on from Coughlin as the football czar weeks before he fired him.
It was Coughlin who set a tense tone on the team, attending practices but without the daily contact with players he didn’t have any positive impact on their performance. It seems the only contact Coughlin had with players was when they found a letter in their locker telling them how much they’d been fined. Or whatever he said to Jalen Ramsey after week two this year.

Marrone convinced Khan he can change the culture overnight, and there was some evidence of that in how the team reacted after Coughlin’s firing. Especially last Sunday coming from eleven points down to bet the Colts.

“I have a clear vision of the type of communication that I want with our players from different heads of the organization,” Marrone said on Tuesday when I asked him what specifically he told Khan that would make him a better coach for this team. “I think that we can do a better job there creating a better environment.”

Without throwing Coughlin directly under the bus, Marrone let it be known that things would be different with him calling the shots.

And Khan believed him.

Doug would be easy to play for. Do your job, no problem. Step out of line or don’t perform and he’ll let you know right away. No mystery there.

Retaining Caldwell on the surface seems odd but it had to do with Marrone’s new role having some input in personnel decisions. Caldwell’s record acquiring players, even when he was making the calls on his own, is spotty. But not that different than most organizations. It’s the high profile, Blake Bortles pick that most critics can’t get past.

Marrone was quick to point out in the last two years that he didn’t have anything to do with picking players while Coughlin was there. “You’d have to talk with them,” was his answer when asked about personnel decisions. Now, with he and Caldwell on equal footing in the organization, he believes he can help make it work.

Marrone has a more global view of the whole organization than people outside the buillding would realize. He’s interested in getting everyone involved.

And then he was very specific about how things will work going forward. He’ll decide as the head coach what kind of football team they’ll be and have input about the players who fit into that mold.

“We are talking about taking our coaching staff with our scouting staff and really putting it in a true, true partnership where we are meeting and talking and doing that and coming to decisions,” he explained. “My experience with that has been that probably 97 percent of the time, you are going to come up with a decision that is best for your organization.”

Those decisions for 2020 will be critical. Marrone’s decisions about his coaching staff, beginning next Monday will be critical. Everybody knows they have a quarterback issue looming. The offensive line needs to play better, probably with some new personnel. They need Marcel Dareus back on the defensive line and better linebacker play. And their wide receivers need to be better and more consistently open.

If that sounds like a lot, it is. But it’s not that unusual for a team in the NFL to turn it around.

This is the one chance these guys are going to get. 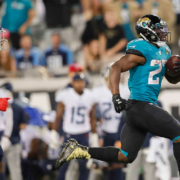 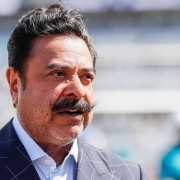 Tiger Vs. Tiger Isn’t The Only Similarity
Scroll to top