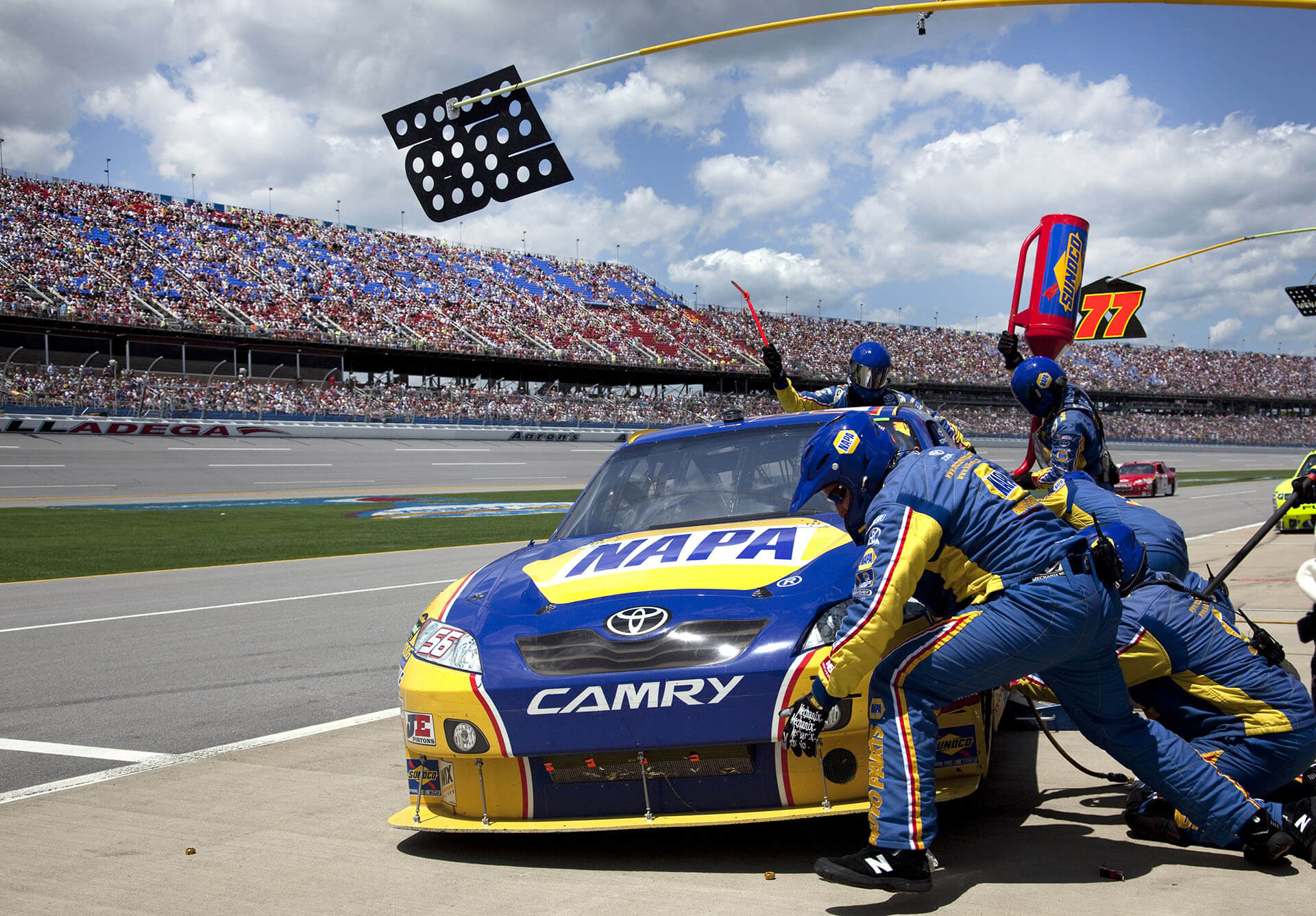 From a 21-day stretch known as “SpeedWeeks” the racing at Daytona International Speedway has been condensed down to a few days. NASCAR fans still plan their February vacation around the 500, but the days of comping out in the infield for weeks or parking your multi-million-dollar RV and making new friends around the nightly bonfire are gone. There’s still camping in the infield, and the RV’s are still lined up, but a four-day stretch encompassing the qualifying races on Thursday through the Great American Race on Sunday is about the extent of racing now to kick off the season in Daytona.

“I learned I didn’t have enough race car,” Dale Earnhardt Sr. told me once walking through the garage after a practice 10 days before the 500. “We’ll get it right though. There’s speed out there,” he explained. He and the rest of the NASCAR drivers as well as the truck racers (when that became a thing), the ARCA drivers and the guys in the Busch series spent hours on the track testing and in practice, looking for the right setup.

Trying to even out the field, NASCAR has limited the amount of time on the track, keeping the big teams from spending time and money to gain an advantage over the field. Most drivers don’t like it.

“We don’t have enough time on the track,” Dale Jr. has said in the past. The two -time Daytona 500 winner is happy to just be driving in 2017, back from missing half of last season with concussion symptoms.

“I’m happy, I’m smiling, I’m back,” he said on media day this week. The newly married driver didn’t rule out a shorter than expected career.

“If I were to win the championship this year, I would consider it,” he said when asked about retirement. That, I’m sure, sent shivers through the NASCAR brass who are presiding over a fragile time in the sport, looking for star power.

Seven-time champion Jimmie Johnson is closer to the end of his career than the beginning. Carl Edwards left the sport abruptly to perhaps pursue a political career and young drivers like Ty Dillon and Chase Elliott are just now finding their footing among the loyal fan base.

Without emerging stars in a personality-driven sport, changes to the race formats are what they hope is the first step toward re-capturing some of the magic.

“We’re doing things to make the sport better on television,” Johnson said this week. “If we can get people to watch on TV, they’ll like it and they’ll want to come see us race live.”

The 500 will have two stops this year, one after 60 and another after 120 laps. Points will be awarded for position in the race and they’ll restart.

“Just enough to let fans go to the bathroom and get a commercial break in,” one driver quipped.

FOX and NBC split the season for broadcasts and are counting on increased ratings and fan engagement on other media platforms to re-energize advertisers. If not, fewer races will be on TV, fewer dollars will be flowing into the sport and they’ll have to adapt. From a regional southeastern sport until the ’90’s, NASCAR races now in non-traditional places like New Hampshire and Las Vegas. If they don’t turn the fan decline around, Rockingham and Darlington will be back with prominent spots on the schedule.

One Stop Sports Recovery (Now available to everybody)